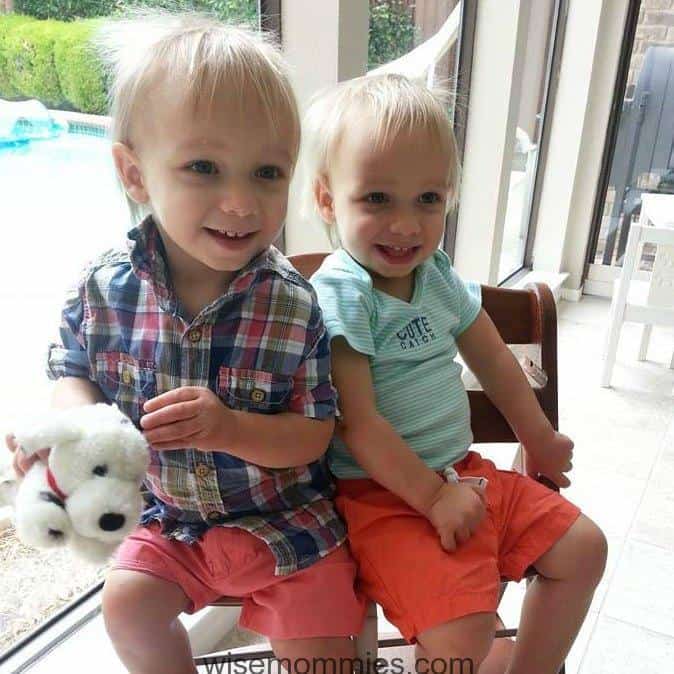 My twins are nearly 2 yrs of age, and I’m still breastfeeding them. Judge as you will….I did it for them not you!

Before the birth of my first born child, I was determined to breastfeed. I’m not going to even bore you with the details of just how bad both sides of the family have had it with allergies, asthma and eczema, but IT.IS. BAD! For those reasons alone, short and long term health of my children, I was determined to be successful with breastfeeding.

Unfortunately, before and shortly after the birth of my first born child, I had an ongoing judgment whispered to me from women in my life either in passing and some acquaintances; the idea of breastfeeding until the age of two was “disgusting”, “horrible”, and “weird.”

Sadly, this pressured me to wean my first born child at the age of 18 months, though he was crying for me to still breastfeed him. The weaning process was a horrible experience, and I’ve always regretted stopping when he wasn’t ready. I wish I had weaned him slower but as the age of 2 was approaching and he was breastfeeding up to four times a day, I felt pressured to just stop.

It started again with my twins, as they approached the age of 18 months, like déjà vu, all over again, I felt the pressure to stop breastfeeding. There have been times where I have been in the breastfeeding area at Nordstrom’s and gotten the surprised looks of moms breastfeeding newborns and a few questions such as “how old are the twins” followed by a “Huh” and frown, or when some of my own friends made statements that they looked so big and funny in my arms and still breastfeeding, down to just the looks I get from others when I tell them that I’m still breastfeeding. Ok, yes, it doesn’t help that there are two and that can look awkward and different for breastfeeding comparatively to one, so I know some looks are just from that. Still, the looks and words of judgment spoken are the same to when I was breastfeeding my one child years ago….too old to breastfeed?

On the flip side, I’ve also received support from many others for breastfeeding as long as I have. For that, I’m grateful. The comments such as “that’s great”, “wish I still was but I just dried up”, or “wow that is awesome and with twins” have helped me outweigh the negative comments.

In the end, this time around, I’ve thankfully matured enough to say, we will stop breastfeeding when it is best for us to stop and not when the judgmental world around us tells us we should stop. Thankfully, having children has made me wiser and probably the greatest lesson I’ve learned is to do what is best for my children and ignore the judgment of others.

I was inspired to write this post following the encouragement of my Scottish friend, Kat, who posted herself breastfeeding today at Dundee, Scotland train station supporting National Breastfeeding Week #breast4mybaby.

My twins are nearly two years of age and #IAmStillBreastfeeding Judge as you will, there is my breastfeeding confession!

How to Appreciate NO Housework Day

19 thoughts on “My Breastfeeding Confession”