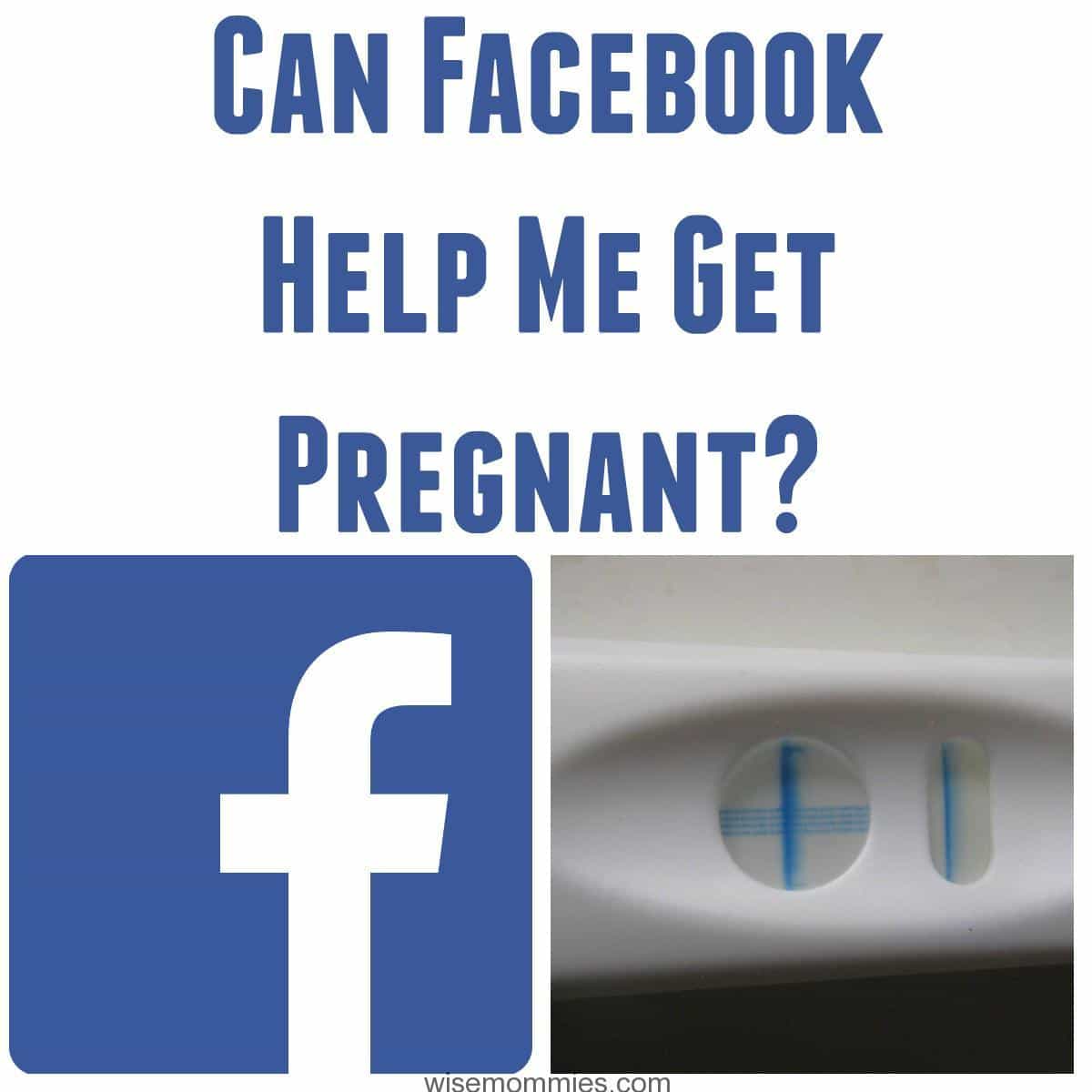 I love Facebook. It is no secret. Recently, I wondered “Can Facebook help me get pregnant?” No, no, I’m not talking about finding sperm donors or black market fertility drugs. I wondered if I could use my local resources to help garnish the items needed to track my fertility and hopefully see that positive sign we are looking for.

It all began when my husband and I experienced the pregnancy fire drill. We really started thinking about having a third child. We eventually decided that if we were going to try to conceive another baby I would not go into The Bubble and we would not become compulsive about the process like we did when we were trying 8 years ago. We also gave ourselves a time limit…..until I turned 40. That gave us a little under a year to work on this.

I’ve heard that fertility can change after you have a baby and I just didn’t know if my fertility would be better or worse. I did know I would need some help in understanding my fertility situation after finally delivering a healthy baby. I had been tracking my cycles since they started back when my breastfeeding daughter was 16 months and surprisingly they were regular but I was unclear on when I was ovulating. I wanted to secure some ovulation tests and even pregnancy tests but those can be expensive and, given our history, I figured I would need a lot of them.

I thought about reaching out to some friends who had just given birth or were pregnant, I knew they would probably have these tests laying around. I am also part of a large early childhood PTA group and I knew I could just ask on there and would be bombarded with tests. However, I really didn’t want anyone to KNOW I was trying to have another baby, the pressure would be too great on my heart. We have been through that before and I just didn’t want to relive those uncomfortable questions of “Hey how is the trying going?” or all the suggestions on how easy it is to get pregnant if you just did X, Y and Z or the stories that people feel compelled to tell you about how THEY got pregnant after years of trying.

Then the idea hit me! Use my local Facebook Buy/Sell/Trade page. I contacted one of the admins of the page and asked her to put out an anonymous plea for pregnancy and ovulation tests that were collecting dust in bathrooms and closets. People responded all over the neighborhood and beyond. In all I went to TEN different houses. I wanted to put on an invisibility suite as I drove all over my neighborhood to make sure no one knew it was me picking these tests up. I just didn’t want anyone to know we were trying to have a baby when our chances were so slim.

As I got into my car to drive around picking up the many tests these selfless women were leaving me, I thought about their own families and stories. Some of them I knew, some of them I didn’t. One woman forgot to leave the tests out and practically ran down the street to give them to me. She shared her own struggles of getting pregnant and wished me luck. I knew one woman had struggled for years and finally conceived twins through IVF then a few months after they were born conceive naturally. I felt like even though I wanted to be incognito in my porch pick-ups, I had these women cheering me on with their anonymous support.

What was most encouraging were the words of support people left in response to my anonymous post on Facebook and one person left a note of encouragement and continued prayers in my package. This is when it got real, we were about to try and have a baby, naturally, but with a little help from Facebook.

This is a continuation of my journey through the thoughts, feelings and experiences contemplating adding a third child to our family. My initial post provides a glimpse into the reality and the joke of this question for our family. I also question The 40 Year Gap and discuss how our family is Comfortable as a Family of Four. I also share our Pregnancy Fire Drill that happened a few months ago. I really struggle if I should go in The Bubble when trying to conceive. I then asked the question, “Can Facebook Help Me Get Pregnant?” My husband and I also consider Is Gender Selection for Us or Just for Fun? Then we tried my Trifecta for Getting Pregnant and it worked!!!

Is Gender Selection For Us or Just for Fun?

The Trifecta to Getting Pregnant