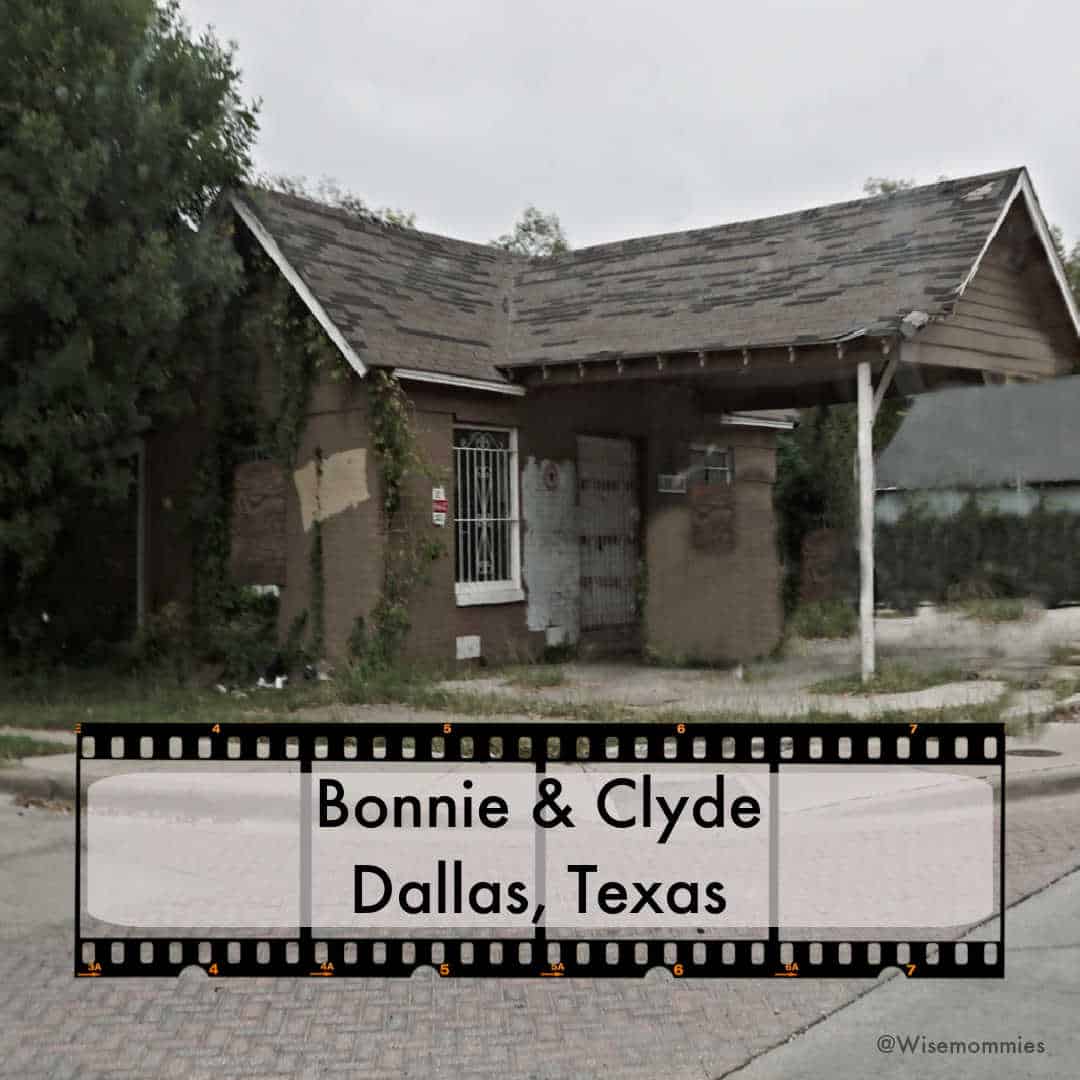 Bonnie & Clyde Place of Interest: The outlaws, Bonnie & Clyde from Dallas, Texas are known worldwide. The picture below is the home of Clyde Barrow. It was a filling station. Clyde Barrow along with his 8 siblings and parents lived in the back part of this filling station. This area of West Dallas has been going through some changes, and the house was listed as a place needing an official historical landmark. Well, that will no longer be possible. This week, the house was demolished, and the reason for it being torn down hasn’t been revealed yet to the public.

Do you think this home of Clyde Barrow should have been torn down or saved as a historical landmark?

Right in the middle of America’s Great Depression, Bonnie & Clyde carved out their moments in history. How did such cold-blooded killers become famous? Part of their fame probably grew from American’s fascination for this “wild west couple” from Texas robbing America’s failing financial institutions.

The media helped in making this couple out to be somewhat heroic. They were the poor robbing from the rich banks. Bonnie & Clyde were portrayed by the media as ruthless, elusive, brave, wild, glamorous daredevils. This story probably helped take people’s minds off the depression and sell more newspapers.

In truth, Bonnie & Clyde, were young, poor, lived a short violent life and destroyed the lives of many innocent people.

Bonnie was 23 and Clyde was 25 when they were gunned down by 130 rounds of ammo fired into their Ford V-8 by Louisiana and Texas officers on the border of the two states.

This picture was taken behind Clyde Barrow’s home. Looks like they were filming?

Bonnie’s & Clyde’s footprints are all over Dallas. I’ve taken my three boys and my husband to some of those sites including Clyde’s home now torn down. We’ve discussed their story and place in history. To quote my grandfather who lived in Dallas at the same time as Bonnie & Clyde, “Clyde is just a poor, uneducated, hoodlum and criminal.”

This home of Clyde Barrow, should it have been torn down or saved as a historical landmark? Bonnie & Clyde Place of Interest?