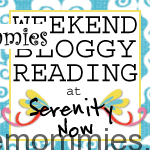 Recently, I visited a blog, serenity now, and she talked about date night, with pinterest pictures showing pinned ideas. Ok, just signed up for pinterest but haven’t really gotten into it yet. Great idea posting pictures to speak ideas and lead to even further ideas!

Personally, the best date night that I have gone on with my husband, in the last 2 years, was actually a gifted “drive-through” date night set up by our local church, Watermark. We drove “through”, rather by, and volunteers gave us a grab bag and snapped a funny picture for us to take along our journey for the evening.

In the grab bag, there were coupons to local restaurants, candy, and a pamphlet with tasks to partake in together. We randomly picked one of the restaurants suggested with coupons and started our spontaneous date night.

Part 1: A mad libs to fill out while driving to dinner. My hubby was driving which gave me the best job of asking the questions and laughing at the story with his given answers. I love mad libs.

Part 2: Would you rather questionnaire to ask and answer over dinner.

Part 3: The best!! A game of Granium while eating dessert. Well, we ended up talking so much from the would you rather questionnaire that we had already finished dessert. So we went home and played Granium while having a glass of wine and grandma still babysitting for us. Our Granium game had a list of questions which we could either answer by drawing(eyes closed & using non-dominant hand) or sculpting(with given foil) and your spouse had to correctly guess what had been drawn or sculpted. We both had tears running down our faces from laughing so hard. Had so much raw, simple, and hilarious fun with that game and hanging out as best friends on our date night.

Become a better wife and mother