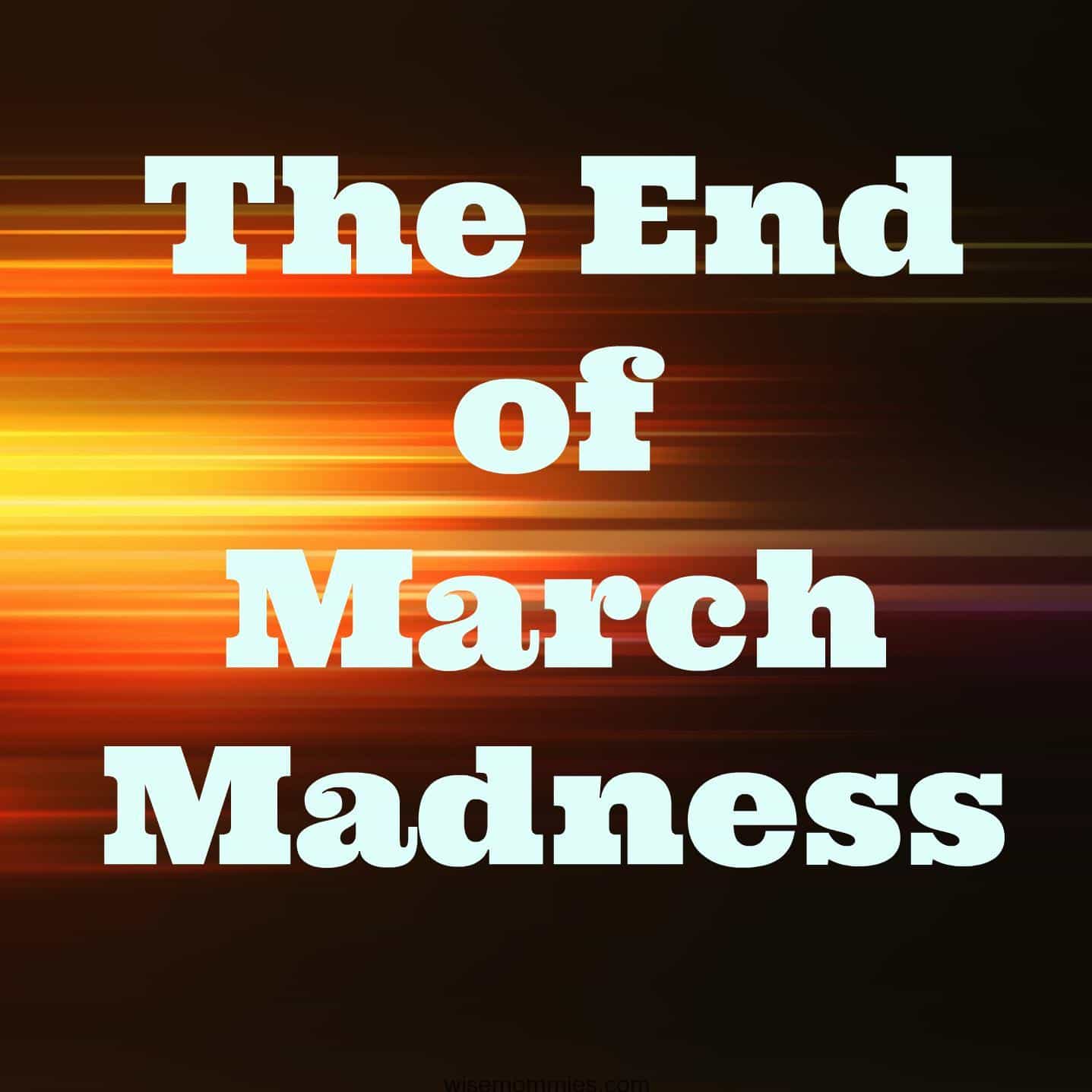 Until I was 24 years old April 1st was about April Fool’s Day….centered round jokes, pranks and having fun, especially with my mother. Then on April 1, 2000 I walked into the church I had attended since I was a child and shared how my mother was a lover of jokes, pranks and laughter. We celebrated her life that day. I will never know exactly when she ended her life, I think it was the night of March 17, 2000 but that day, April 1, 2000….. April Fool’s Day….. is the day that I hold onto.

April 1st symbolizes the END of March Madness to me. March is a month I have dragged myself through for many years. The month of March is a month that I count down every minute, waiting until the end. You see…..my mother was born on March 4th. She died in March. My husband also celebrated his father’s birthday in March (ironically his father and my mother died in the same year). We have also experienced three miscarriages either in March or the month before. My heart has been weighed down heavy with every day in March for FIFTEEN YEARS. It takes every moment to work through and live through the month of March. For years, I hated March. I am not a person who HATES but I hated March and the madness it brought with it.

Then in 2010, all that changed. My husband and I were mourning the release of our foster sons who had lived with us for six months. We had wanted to be parents for so long and were questioning everything about that desire when our adoption agency called us to say a baby boy had been born on March 19th and his biological mother chose us to be his forever family. The timing could not have been more perfect. We were mourning the one month anniversary of us releasing our boys to their adoptive family, the dates of my husband’s father’s birthday, my mother’s birth and death, the agonizing pain of our previous miscarriages….and here smack dab in the middle of March, we were told we were going to be parents.

“Stranded in some skin and bones
Take this soul
And make it sing
Yahweh, Yahweh
Always pain before a child is born
Yahweh, Yahweh
Still I’m waiting for the dawn”

We had experienced so much pain, but then this child was chosen by this woman and by God to be our son, our child, in the middle of March 2010 and April 1st started to become something different. The next year we experienced another March miscarriage but celebrated our son’s first birthday. Then in March 2012 I felt life in me as our daughter grew and I knew March and April 1st was becoming something new. I was waiting for the dawn……I wanted to yell Yahweh.

And now, this year, 2015, this is the year that the pain passes all. I am free of my March Madness. Free to share my full story. I am a survivor of suicide. My mother died of a broken heart…..she was abused and used….her life was tragic, she struggled but she fought. She fought to make sure that people around her laughed. She loved to play pranks and she loved to share joy. She and I LOVED April 1st, April Fool’s Day. She was no Fool, she was wise and strong and giving. She fought to raise me to the best of her ability. She loved my father, but really didn’t know how to show it because she had never been properly loved.

My son and my daughter are the joy of my day. I see myself, my husband, our parents (living and deceased) in them. They show me the purpose of slowing down, making memories forever, and smelling the roses. They are going to make every April 1st a new beginning as we learn the value and fun in pranks and jokes. They will show me that love believes the best.

Oh, April 1st…..in years past you symbolized the end of so much hurt and pain.
Oh April 1st….you were the light in the distance that I pushed myself towards as I moved through the month of March and its madness.

But today, April 1st, 2015….you are the symbol of newness. You energize me. You give me life…..and today I sing and praise…

I am a Survivor of Suicide