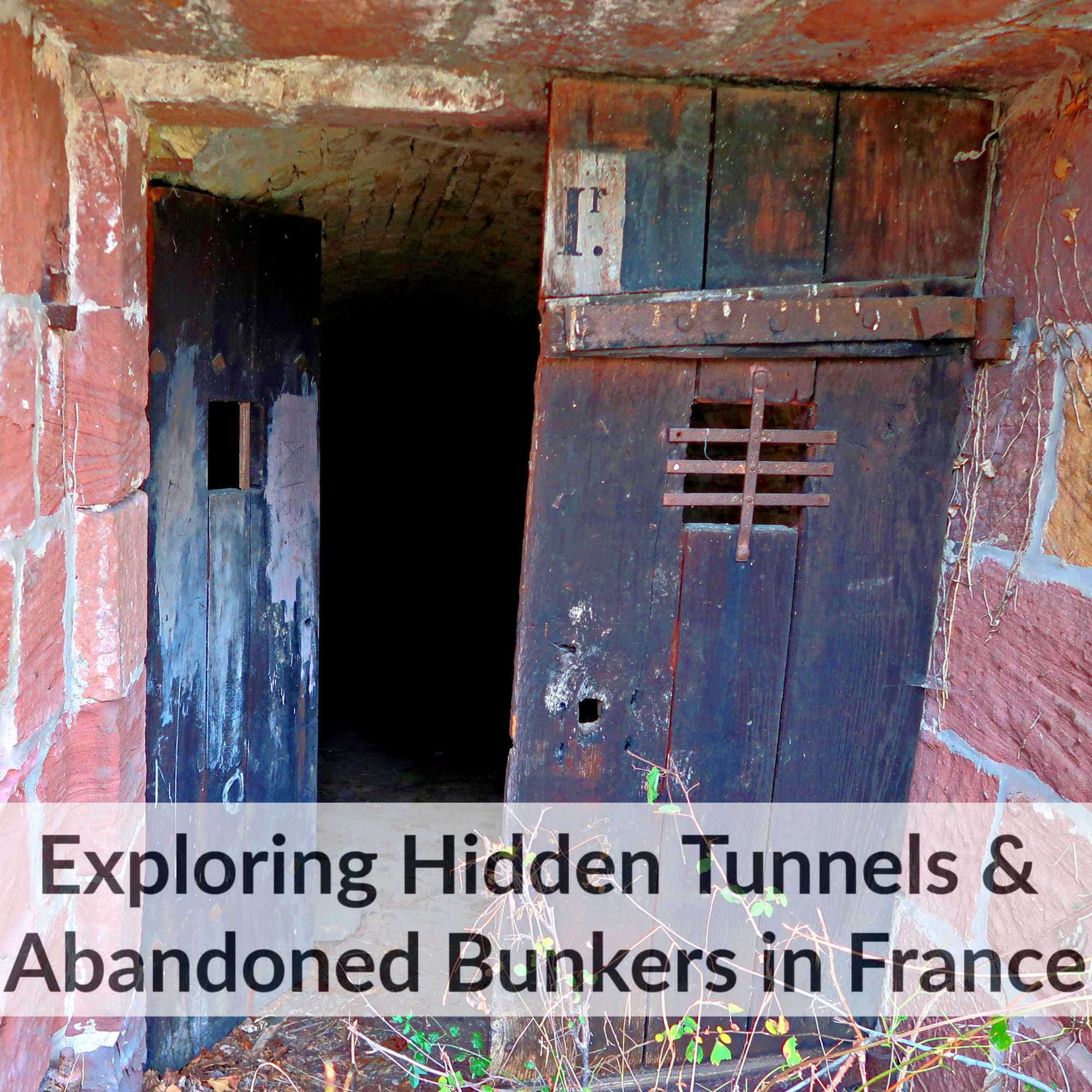 In my previous post, “Kid-Approved Best Fortress in Europe” I wrote about an amazing fortress that we literally stumbled upon while traveling around Europe. Around that fortress and underground, we discovered amazing tunnels and bunkers some of which were used during WWII but the majority were actually created over 300 years ago in the early 1700s.

For those with the courage to explore, around the fortress there are underground and abandoned tunnels to discover. In the video below, you can see doors leading to different tunnels. Some tunnels and bunkers have just been left abandoned with nothing but whispers from the past and the adventure of exploring tunneled mazes. However, some actually lead to interesting discoveries such as a secret garden, questionable tea party, a sleeping dragon, gnomes up to no good, eyes in the fortress wall watching us, and other unusual and unsuspecting discoveries as we passed through the abandoned tunnels.

The Purpose of Tunnels

Tunnels within fortifications such as this Neuf-Brisach Fortifications permitted free movement of defenders and their guns from one part of the defenses to another.

While traveling alone with my children, I look for cultural giants. Cultural giants are places that incorporate hands-on learning opportunities while also teaching historically, architecturally, and culturally. They are enriching places that are also walkable, and exciting for my kids. Especially since I have three boys eight and under, who have excessive amounts of energy and a need to move.

This Neuf-Brisach fortification was the perfect cultural giant to visit to incorporate all these elements making it our Kid-Approved Best Fortress in Europe to Explore with Kids.

Getting There and Away:

There is no railway station at Neuf-Brisach, but the SNCF operates buses from the Colmar station (the Volgelsheim bus). We parked, for free, in the village contained within the fortress walls. Also, Office de Tourisme Pays Rhin-Brisach, 68600 Neuf-Brisach.

The Hidden Tunnels and Abandoned Bunkers can be found at this Kid-Approved Best Fortress in Europe with Kids. This was truly one of our favorite off-the-beaten-path cultural giant discoveries!!

Most of these tunnels have a stout timber door as a closure.

Would you explore these hidden tunnels and abandoned bunkers in France?

Doing Something for the family (or really me)