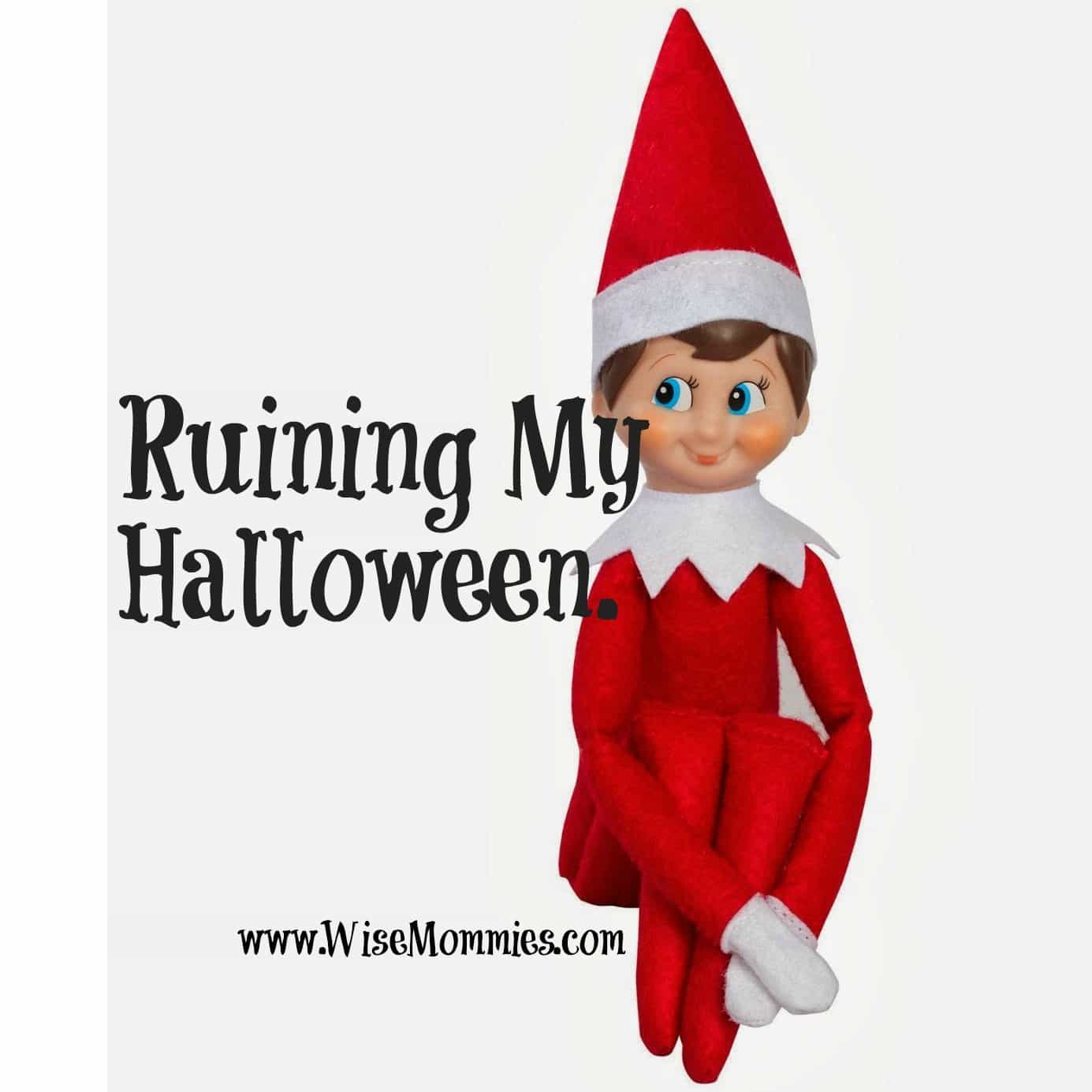 How Elf on the Shelf is Trying to Ruin My Halloween: As Halloween and all the fun family carnivals have started, my frustration with Elf on the Shelf begins. Elf on the shelf is ruining my Halloween. To those reading this post that live outside the United States, Elf on the Shelf is a children’s picture book, published in 2005, and it comes with a little scout elf which reports(tattles), nightly, back to Santa Claus on the behavior of the children in the family. At night the elf, via parents, journeys around the house, and gets into some mischief itself, and an unspoken challenge has been deemed amongst many as to who can be the most creative with their elf.

While the elf might add a bit of clever fun to a home atmosphere around Christmas, way too much fun for some, or for others, dread, he has practically ruined the deliverance of our family Halloween costume. You see, we are NOT an Elf on the Shelf Family; we are a German Garden Gnome Family!!

However,Elf on the Shelf is making this task very difficult. Last year, while trick-or-treating and attending carnivals, other kids kept saying to my older son, “Oh look you’re an elf”; “You’re an elf?”; or “You’re such a cute elf.” Finally, at one point, my son turned to me and said, “so I’m an elf?” I mean, as long as the girls were commenting with the “cute this, cute that, cute you…” He didn’t care what he was but when the boys were like, “dude seriously an elf?” Then we had a situation!

What killed me, personally, was when fellow parents would pass us and say, “Oh cool elves”, “Love the elf family”; “Ah a family of elves.” Ugh, you Elf on the Shelf, you have commercially stolen all credit for my very clever family costume idea which actually has nothing to do with you, Elf on the Shelf!

Within 15 years, Elf on the Shelf has managed to diminish and override hundreds of years of Gnome folklore dating all the way back in various forms, to the Renaissance era (15-16th century) and the early 19th century with popularity of Garden gnomes appearing in lawns worldwide. How could this happen? Even The Amazing Race,TV series airing 2001-2015, very popular (paired up with Travelocity to establish the Roaming Garden Gnome as a sort of show & company mascot). Yet how quickly forgotten with Elf on the Shelf now taking credit for anything with a pointy red hat on its head?

No, I get it people, Elf on Shelf and German Garden Gnomes do have matching red hats except that the elves have little cotton balls at the end that bends over slightly and there’s a white circular cloud at the bottom of the red hat. Also, Elves wear a full-one-piece-red-velvet-pajama-onesie with a white-collar-clown-necklace and white gloves like Santa. My family is NOT-wearing-red-onesies but we are wearing German lederhosen and dirndls.

So this year, to assist people in understanding that we are garden gnomes, I thought about making, or buying online, some garden tools such as a handled shovel, cultivator, fork, or rake. When I told my husband, he asked if I’d forgotten we had three young boys and what they will do with garden tools in their hands. After picturing them sword fighting fellow trick-or-treaters, knocking someone out for their candy, or just the added stress of disciplining three boys with eye-gauge-able-tools in their hands while getting sugared up on candy, I changed my mind.

Then again, if my kids are knocking others out with garden tools, I’m guaranteed awareness to details. Pretty sure more people will start to catch on that we are a family of German Garden Gnomes not sweet little Elves on Shelves???

This post contains some affiliate links and if you love elves or gnomes here is some additional fun to be had:
If you love Elf on the Shelf,A friend of mine bought us the board game, Elf on the Shelf Naughty or Nice Board Game, and starting with the age of three we played this with our son. It’s a great game for teaching consequences vs rewards for being naughty or nice. My son really loves this game. There is also the cute little movie for Elf on the Shelf.

If you are like me and love garden gnomes: I love this sweet little gnome calendar . And as a white elephant,or just random gifting, we like the book, “How to Survive a Garden Gnome Attack“. For your actual garden: There is a “Wee little garden gnome” so you don’t have to go overboard with gnome representation or to play a board game with “Find Your Way Gnome Board Game

A successful week for this stay at home mom