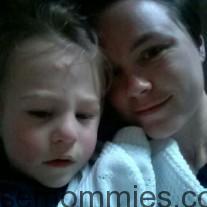 Hi, I’m Eryn. Beth and I became friends a lifetime ago on a tour of the Scottish Highlands, long before husbands and children came along and changed the way we travel. I’m a 38 year old Canadian mother of two boys living in London, England. I was a primary school teacher but became a stay at home mom when my eldest son, CC was born. Beth has been asking me for the last two years to share my experiences around CC’s birth with her readers.

CC was born at 25 weeks by emergency caesarean section while we were on holiday in Cyprus. He weighed a mere 950g/ 2lbs1oz. He spent two months in hospital there and then four months in hospital here in London. He had what the doctors call a rocky start to life. I think I’d describe it as an earthquake of a start. CC spent his first nine weeks ventilated as his lungs were so weak he couldn’t breathe for himself. He had more surgeries than I remember and several bouts of septicaemia and oedema (when your body retains so much water it swells up like a balloon). Good news though as it’s true when they say, all’s well that ends well, CC is a happy and healthy 4 year old big brother who, if you didn’t know his history you would only think him a little young for his age.

I could write an essay on CC’s and my time in hospital, and yes I do think of it as my time too, but I’ve decided to come at this from a different angle. I’m going to write little bite size pieces written around different topics. I don’t know what they’ll all be yet but I’m hoping they’ll come to me as I progress. I’d like to say right off that I am not a health care professional so everything I share is based on my experience and my experience alone. If you’re reading this and your child is in a NICU and you have concerns about what we did to help CC then I would suggest discussing your concerns with your child’s doctors and nurses.

I’m hoping that if I’m totally honest in my writing someone out there will see a bit of themselves and take comfort in knowing that someone else has felt what they feel.

I think I’ll start with, “Meeting your Premature Baby for the First Time.”

Meeting Your Premature Baby for the First Time

How I became a Mom to my Baby in an Incubator

3 thoughts on “Born too Soon; Life on a NICU for a Preterm Baby and his Mom”