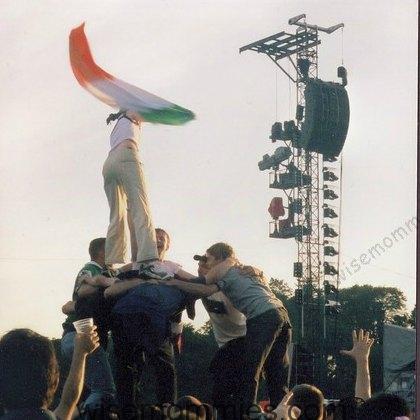 The featured picture is from one of greatest concerts ever attended. It was at Slane Castle with U2, Coldplay, Red Hot Chili Peppers and more performers. The Irish were always forming pyramids and waving the flag at the top as seen in the featured pic.

Saint Patrick’s day is a day to celebrate everything Irish from green, gold, colorful rainbows to shamrocks, green beer and a good laugh. Of course, chasing sheep is a must, too!

Also, for many Christians, the day is for spiritual renewal and celebration for Christianity in Ireland. In Ireland and throughout the world, many attend mass to offer prayers for missionaries worldwide. After mass, many Irish are then attending serious Irish celebrations! Living in Ireland taught me many things about myself, about the Irish, about living abroad on my own, and about the true meaning of St. Patrick’s Day.

How Ireland changed my Life!

Inflate a Balloon with science