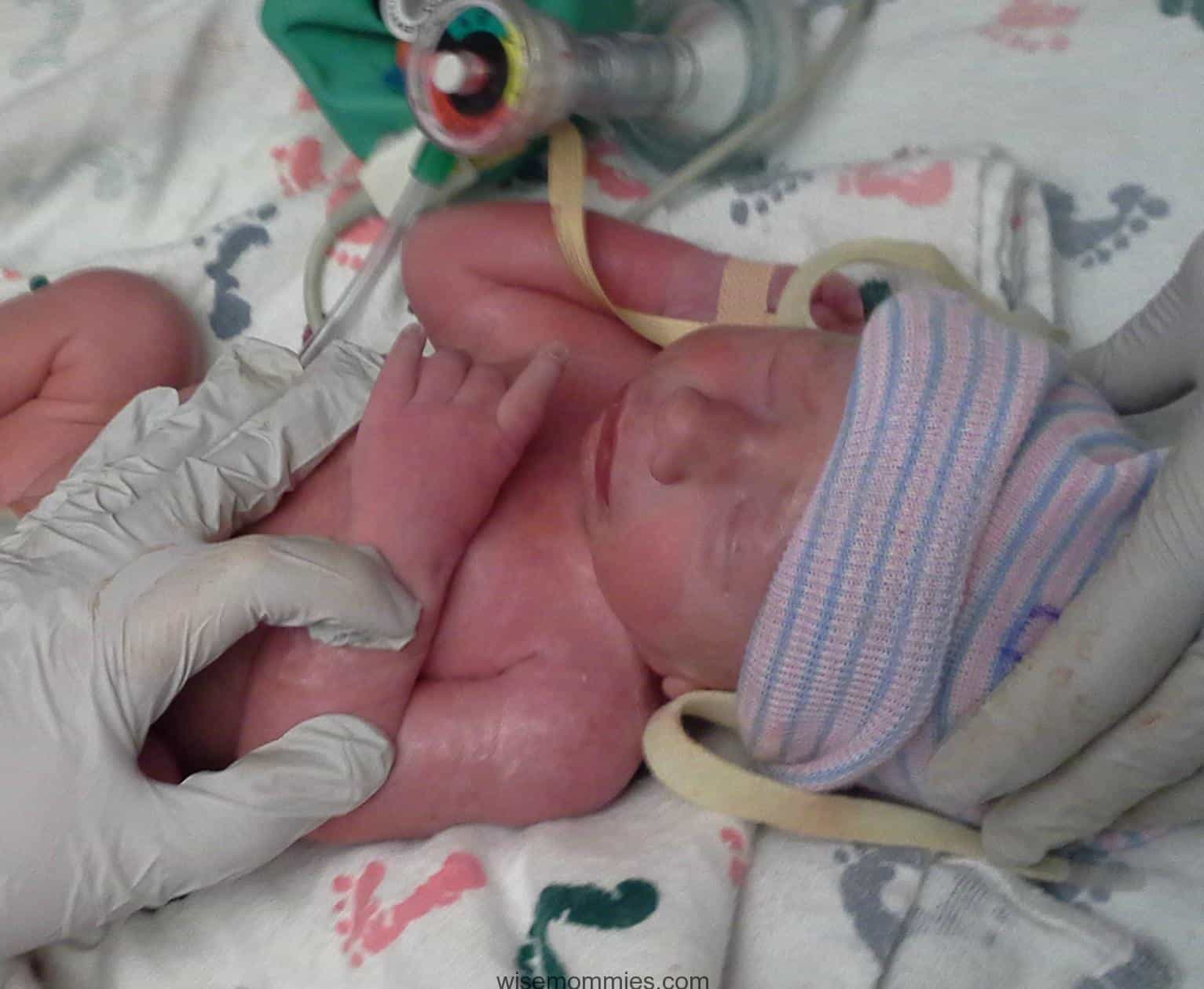 So the part about visiting the NICU during your 2nd trimester when pregnant, with twins, I skipped over in my twin book reading. I totally underestimated the power of twins on your body’s hormones and outcomes. Especially in my case, because I have to take Lovenox shots to thin my blood due to having Lupas Anticogolant, a special blood thinning disorder thought to also be an autoimmune disease. I run a daily risk for blood clotting. Even now, after the twins birth, I have to be heavily monitored by a haematologist and continue giving myself daily injections. So being pregnant with twins (two hormonal placentas) and having lupas anticogolant, you have one massive recipe for hormonal catastrophe for my body to handle.

My twins have arrived, what happened?

This is the question that I’ve been asking myself for the past week. Even though I was pregnant with twins, my doctors, along with myself, and friends, thought I was having one of the greatest twin pregnancies ever as far as being active, full of energy and totally bypassing bedrest.

So why did my twins have to be born via emergency C section, at 32 weeks, just 1 day shy of 33 weeks? Doctors said I had an extra long cervix with the strength of goliath, it never shortened or dilated, and I was taking a fetal fibronection test every 2 weeks which always showed negative for going into labor. Well, in short, I had a placental abruption which the doctors think was due to my lupas along with the extra twin placenta.

Also Some Facts about Placenta Abruption

With placenta abruption, the placenta detaches from the wall of the uterus partly or totally. After taking my son to a crafting event, while driving home, I started to feel lightheaded like I was going to faint, nauseated, and had difficulty breathing. Just a couple of minutes from home, I made it there and started eating, thinking my blood sugar was low, but half way through my meal, I started experiencing all the symptoms of shock described below. I then spent 6 hours throwing up all over myself and the bathroom with the help of my husband and mom holding me up so not to pass out. I didn’t rush to the hospital because I thought I was just reacting to something I had eaten. I had no idea that anything else was wrong. Then I started having contractions, or so I thought.

Turns out, in rare cases, when heavy blood loss is retained in the uterus behind the placenta, symptoms of shock, are the only signs of placenta abruption.

Symptoms of shock as a result of haemorrhage

With me thinking that I might be having contractions, my obstetrician immediately checked me into the hospital for monitoring. Indeed I was having contractions, major ones, but since my pain tolerance is so high, I was barely feeling them, to the shock of nurses and doctors. Then they hooked me up for fetal monitoring and it showed Baby A sometimes going into distress. Not often but sometimes so they put me on oxygen and started giving me shots to stop the contractions. After several hours, the contractions did stop, my fetal fibronection tests came back negative again, and my cervix was still a record length (longer than 95% of that for a non-pregnant women) so by all accounts, I was not in labor or going into labor, and they could send me home. The only worrisome sign was that every now and then Baby A would show distress on the heart monitor.

They finally decided to check me in for overnight observation. They called my perinatologist (fetal care specialist), Dr. Yost, to let her know the situation. It isn’t common for them to go to the hospital and perform an ultrasound or observe their patient, especially when two others doctors have already observed via ultrasounds and all tests show that the mother is not in labor. The only reason my perinatologist came in to perform an ultrasound herself, is because she knew, as active, positive, and healthy as I had been (weekly observation for months) that something was being overlooked and she wanted to see for herself. She is also the doctor who had diagnosed my lupas and knew that I was high risk for blood clotting and stillbirth.

Right when she walked through the doors, I thanked her for coming. She said, “as soon as they told me Mrs. Schön was in the hospital, I said there is no way SHE is going into labor so something is being overlooked, I want to look at the babies.”

Dr. Yost turned off all the lights so only the glow of the ultrasound machine was lighting the room. Within minutes, you could see the look on my doctor’s face, and she looked as if she could cry. I knew that she was not going to deliver good news, but I was not expecting what came from her mouth next: “Beth for the sake of your life, and to prevent Baby A from becoming brain dead, it isn’t safe for you to be pregnant any longer.” She then showed me the screen trying to point out some blood in the fluid and little blood clots that had formed around the lining of the placenta. I asked if we could wait, injecting myself with some steroids to try and quickly help develop the lungs of the babies (something they often due if a baby is coming too early). Dr. Yost said, “We don’t have time if we want to save you and Baby A.” I asked if we could wait 25 minutes for my husband to drive to the hospital to be there for the emergency C section. She said, “He can try, but he may not make it.” I knew then how serious this was and I went into a complete crying, body shaking, mind numbing breakdown.

My placental abruption was small and now assumed had happened several days earlier. If it had continued going unnoticed for another day or maybe even hours then chances are Baby A would have had growth problems, brain damage, or been stillborn, and Baby B, hubby and older son would have been left without a mama.

When they cut me open for the emergency C-section, massive amounts of blood went everywhere as I heard many give surprised sounds, and my own protective sheet was sprayed in blood. I also heard how close things were and talk of minutes or hours were spoken. The obstetrician delivering, as well as other doctors present, kept saying how they wanted to hug Dr.Yost and thank her. Everyone was amazed, really amazed and shocked because of Dr. Yost, I am alive right now and my Baby A is not brain dead and alive. It’s really been a hand of God!

·         In most cases, you’ll have some vaginal bleeding, ranging from a small amount to an obvious and sudden gush, uterine tenderness, or back pain.

However, in my case, the blood stayed in the uterus, behind the placenta, so we could not see any bleeding. Blood is not always apparent with placenta abruption as the blood can be trapped in a concealed pocket or pressed behind the babies head against the wall of the uterus not making its way past. Most ultrasounds can’t detect a small abruption(s) but they can help to rule out placenta previa or other causes. Some abruptions will cause women to go into labor prematurely. I did start having contractions, but my body was nowhere close to going into labor. They could not have had me labor even if they wanted to get the babies out.

yMy obstetrician as well as my perinatologist had been seeing me 2x a week with ultrasounds because they actually feared stillbirth due to my Lupas Anticogolant condition + twins + age. Below are listed certain factors which make a pregnancy more susceptible to placental abruption.

Sadly, placental abruption is one of the most common causes of stillbirth and neonatal death in the US, UK and many other countries around the world. While it is impossible to prevent placental abruption, the risk might possibly be reduced:

The babies had old blood in their stools which showed that the placenta abruption had been slowly happening. It was good that Dr. Yost had been there right when she was and observed the problem. The babies and I are alive and working to recover now!

Throw that Placenta against the Wall

Recovering from a C-Section: The Hall Walk

Pretty Good for a White Boy

11 thoughts on “My Twin Birth Story”