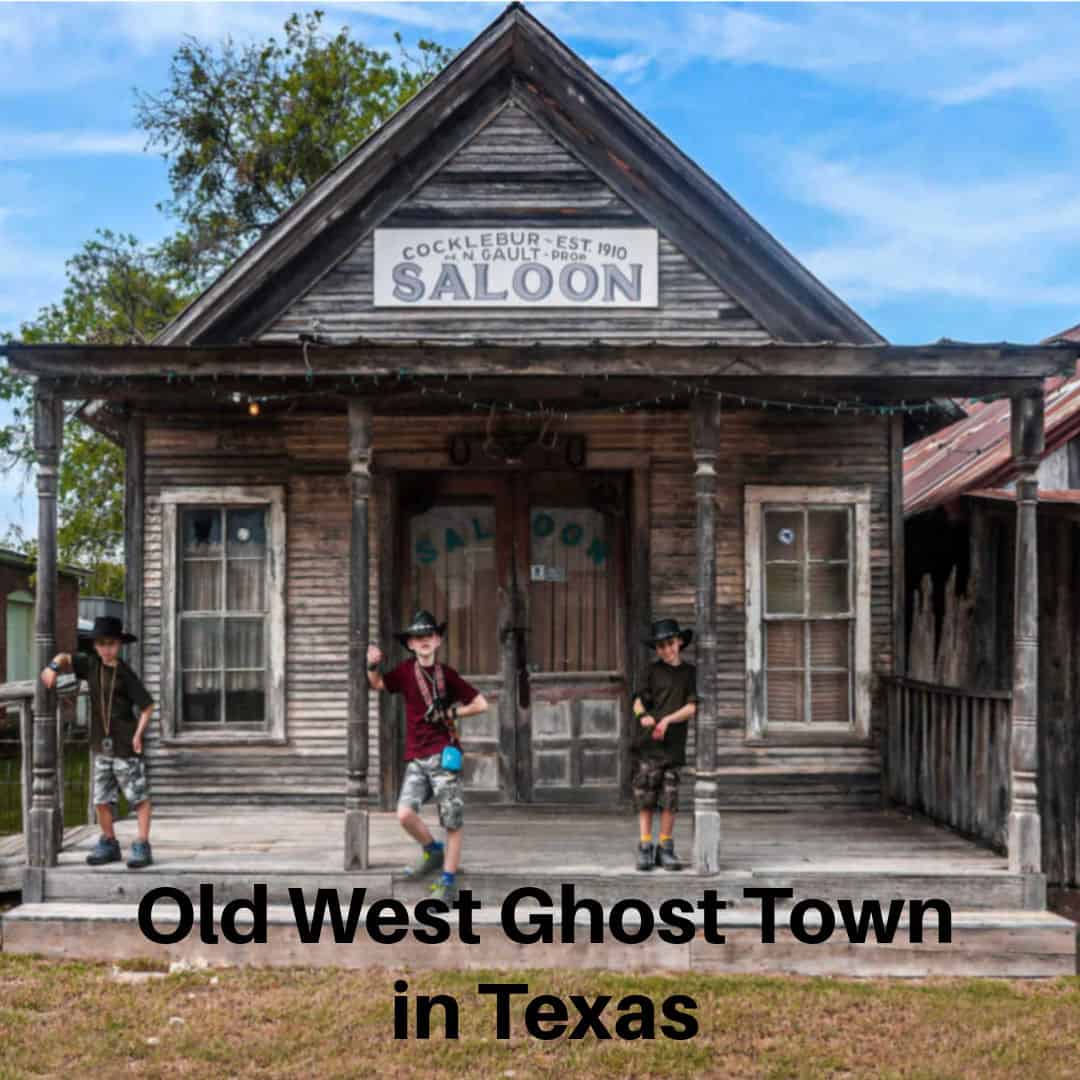 I love old, abandoned buildings and ghost towns. There is something eerie and fascinating about these places that are historically suspended in time. This Old West Ghost Town in Grove, TX is one of these places. It definitely peeked my curiosity and did not disappoint.

The Grove was founded in 1859. Growth of the area came from farming cotton, livestock, and grain. In the 1870s, Wendish settlers (more info about Wends below) came to The Grove adding a Lutheran church.

By the 1900s The Grove was so prosperous that it had a two-teacher school and a population of 700 people.

However, beginning in the 1940’s, the town started to decline as farmers lost land to State Highway 36, Belton dam, and Fort Hood being built. In 1948 the public school closed.

It’s a Ghost Town but not officially. It is officially listed with the Smithsonian as an actual Historical Museum Town now.

Around 1970, a man by the name of Moody Anderson, bought up the last stores standing in the town.

By doing this, Anderson preserved the town giving others an unfiltered glimpse into Texas’ Old West of cowboys, outlaws, and gunslingers. In 2010, Fran Moyer bought The Grove from Moody Anderson. The town has since been sitting still and untouched. That means that it’s not even being used as a living museum now. It’d be nice to see them do something with The Grove.

The Infamous Well of The Grove

We stopped and visited The Grove. My little Texas cowboys walked the saloon, sheriff’s office, jail, general store, blacksmith post, and post office. They also investigated the “famous well” of The Grove.

Where the well stands is where the State Highway 36 was originally going to be placed. The people of Grove, or I’m not sure who really, refused to move the well. I’ve been told that decision was the beginning of the ending of The Grove. On the other hand, if they had made the Highway go right over the well, there wouldn’t be anything at all left of The Grove. I was also told that The Well of Grove was still used. I think someone was trying to pull my leg.

The Wendish Settlers of Texas

This ghost town tells the story of Texas’ lesser-known history of the Wends. I was especially excited to discover the Wends had settled in this area of Texas. Wends, also known as Sorbs, are Slavic people from an area in Germany known as Lusatia. Lusatia is a region found in the German states of Saxony and Brandenburg and reaching into Poland. During a road trip overseas in Germany, we spent some time in Brandenburg where a majority of Slavic speaking ethnic minority Sorbs live. The area of Spreewald and the town of Bautzen are beyond magical and thick with Sorbian culture. Sorbs are one of four recognized minorities in Germany. Outside of Lusatia, Wendish communities can be found in Texas and Australia.

The Grove is on Farm Road 114 off State Hwy 36. It’s 15 miles southeast of Gatesville in Coryell County.