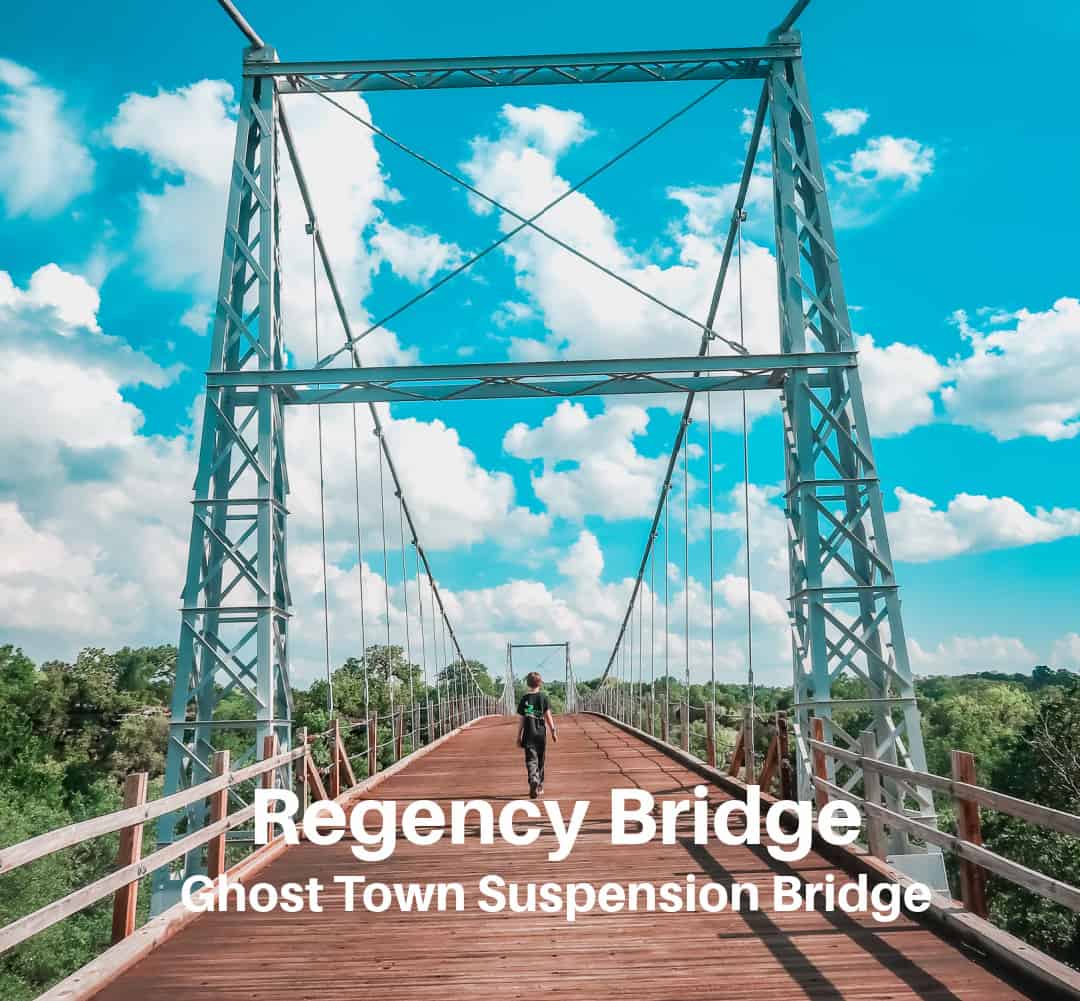 The Regency Suspension Bridge is the last suspension bridge in Texas still open to traffic. However, in September 2020, the bridge was closed again to vehicles due to structural damage.

We visited this Bridge in April 2021 and the damages have not been repaired so you can still not drive across.

We walked the bridge and it does indeed jostle, bounce and swing. It even makes creepy creaking sounds.

There is a small parking area (4-5 cars) on the south side of the bridge.

The bridge is beautiful and the views from the bridge are fantastic. Honestly, the view is truly breathtaking.

Don’t look for the Regency Bridge in Regency, TX. Regency Texas is now a ghost town with just around 20 residents. Before becoming a ghost town, Regency Texas had just over 200 residents, a church, a post office, a cotton gin, a gristmill, a general store, and a constable.

Directions to The Regency Bridge

Historical Marker for the Bridge

Along with the TxDOT, when George W.Bush was governor of Texas, a restoration campaign saved this bridge.

Between the San Saba and Mills Counties, this bridge stretches over the Colorado River. Before reaching the bridge, there is a dirt road to drive.

This bridge is remote, off the beaten path and GPS usually doesn’t find its direct location. Many people spend hours driving in circles trying to find this bridge.

The Route I Drove to The Regency Bridge

Exact location of the bridge:

It is in the middle of County Roads, CR 137 and CR 433. I had no issues whatsoever finding it. Cell phone service was spotty, but I also had this place marked on our TX road map.

If you are driving through San Saba, make sure to check out The Wedding Oak | Legendary Tree in San Saba, Texas.