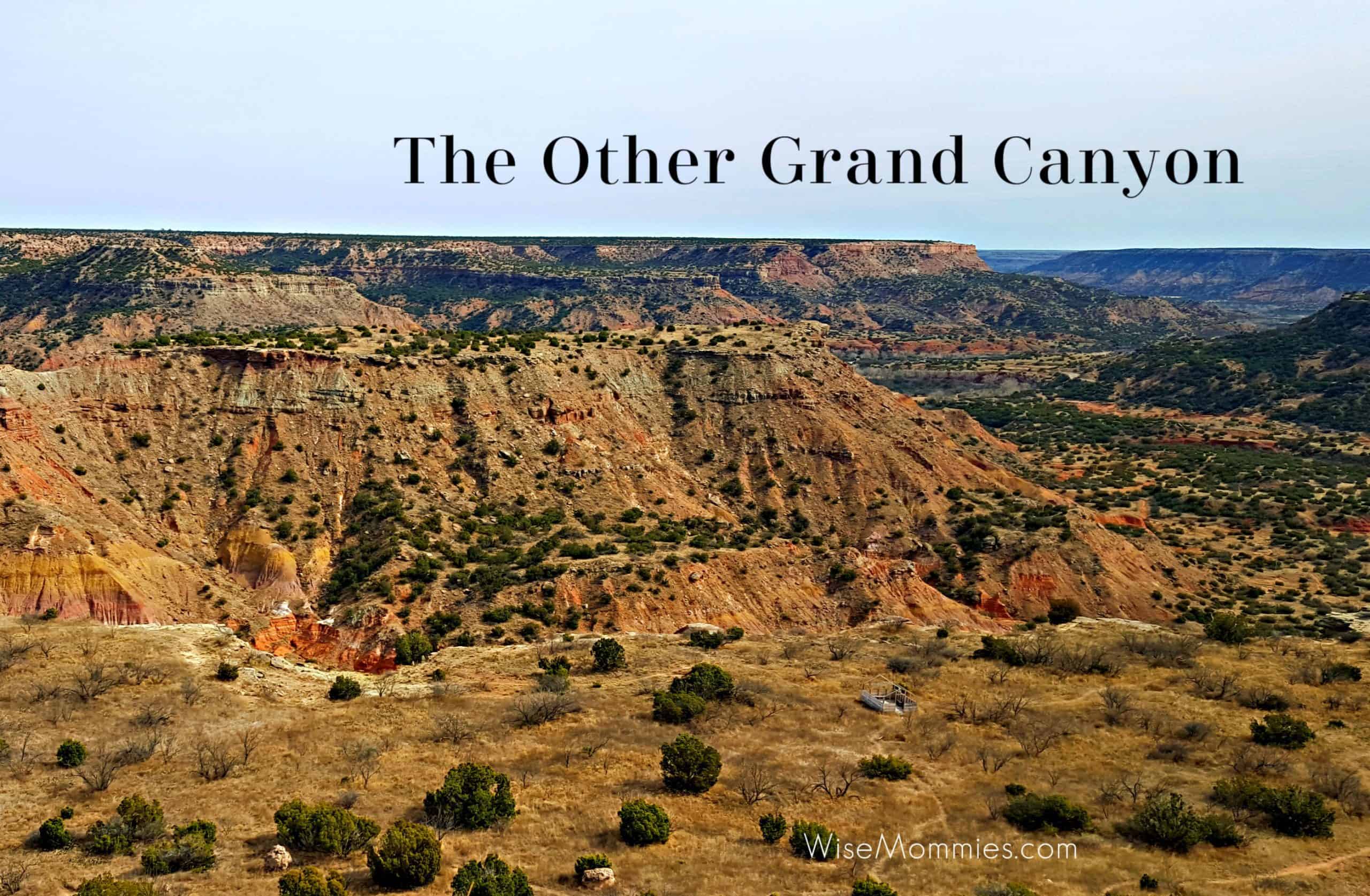 Spilling the Beans: The Other Grand Canyon | Palo Duro is Part Three in a Series on Discovering Texas: Family Road Trips from Dallas. The Palo Duro Canyon is also referred to as “The Other Grand Canyon” and “The Grand Canyon of Texas.” It’s amazing to me how something so huge can still remain such a hidden gem. The Palo Duro Canyon is actually the second-largest canyon in America yet it remains unknown to tourists from abroad, in America, and even to many Texans. Sorry, Texas for spilling the beans, but everyone should at least be told about this wonder if not to visit it as well.

Spilling the Beans: The Other Grand Canyon Palo Duro:

Four Reasons Why I think the 2nd Largest Canyon in the United States is Still Unknown?

Unlike other Canyons in the United States, The Grand Canyon of Texas is one of the lesser-visited canyons. Even though this canyon is the nation’s second-largest canyon in the country, it’s stayed off tourist’s radar for several reasons. The Other Grand Canyon, Palo Duro Canyon (11450 State Hwy Park Rd 5, Canyon, TX 79015)

Tourists usually only know the canyons associated with Utah and Arizona, traditionally the most picturesquely-advertised “grand” icon.

The Palo Duro Canyon isn’t registered as a national park.

Truly, Texas is just so vast, full of hidden gems, historically and culturally. A vast iconic canyon can “hide” among such grandeur, hard to understand for many outside of the state. As I sit here eating some Bluebell Ice Cream after enjoying some breakfast tacos, I’m thinking even if I published a daily post about Texas, I still wouldn’t be able to cover every place to be discovered.

We Texans try to remain humble to outsiders, so we can’t go around always braggin’ about our amazing state. I mean this seriously and of course tongue-in-cheek as well. But it is a state park, and although Texas welcomes everyone, I secretly believe Texas likes to keep some thinly-veiled secrets. Sorry, Texas for spilling the beans, but everyone should visit this wonder.

Interesting Facts about the Palo Duro Canyon (Grand Canyon of Texas) and How it Compares to The Grand Canyon:

Historically: The Panhandle’s first rancher Colonel Charles Goodnight turned Palo Duro into the Panhandle’s first commercial cattle ranch when he established the famous J. A. Ranch. This happened shortly after The Red River War, a battle in Texas that pushed the last of the American Indians, Comanches and Kiowas, out of the TX Panhandle.To find out more, continuing reading, Texas State Historical Association.

How the Canyon got its name, Palo Duro

Palo Duro is the Spanish name given. It means “hardwood” and refers to the hardwood shrubs and trees found in the canyon.

The musical “Texas” is known as the official play of Texas and described as a “musical romance of Panhandle history.”

This outdoor musical “Texas” is among Palo Duro Canyon’s top attractions. You can enter the park without paying an entrance fee after 5pm and a steak dinner is served prior to the show.

There are three equestrian trails. The Lighthouse Trail, the Equestrian Trail and the Juniper Cliffside Trail. If you want to experience the Canyon as pioneers once did, on horseback, there are a few options.

The Canyon can also be explored on foot, by bike or even by car.

Tent, backpacking, and equestrian $12 and does not include the entrance fee.

The cabins also do not include entrance fees.

If you stay in the Canyon there are hot meals, camping supplies, fuel, groceries and of course souvenirs available at the Palo Duro Trading Post.

Adult $5; Children 12 and under $3; Seniors $3. School Events and Educational Events offered with prior arrangements.

Keep following our adventures as I continue to publish posts in my Family Road Trips: Discovering Texas Series.