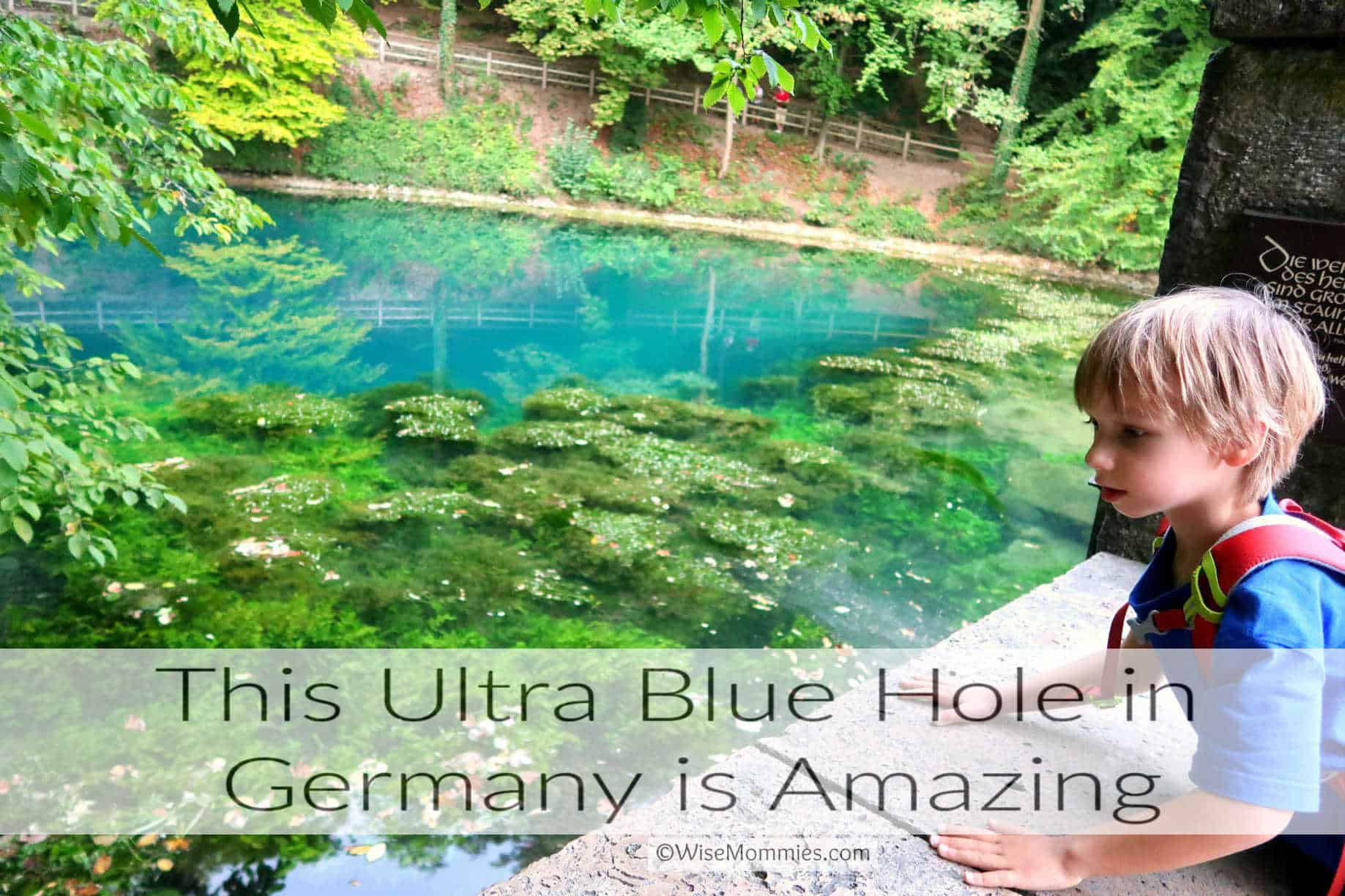 This Ultra Blue Hole in Germany is Amazing and seriously Ultra Blue. This was one of the most exciting off-the-beaten-path discoveries that I found while traveling across Germany with my kids, and it’s a lesser-known place even to Germans.

Blaubeuren is a historic town with evidence of human habitation dating back to the ice ages. In addition to the Neanderthal caveman discoveries, this place is still imbued with mystery with the weight of long history.

The Blautopf aka Blue Hole aka Blue Pot

We honestly didn’t know about this place before stumbling upon it. The ultrablue color of the blue hole took us by surprise. I’ve never seen such blue and with some green plus the yellow color of the trees surrounding. Just gorgeous!!

Why is it so blue?

It was explained to me that the water has this amazing blue hue due to “Rayleigh-Streuung“ (Rayleigh Scattering). This is the same phenomenon that makes the sky blue. That means the Blautopf’s water must be very pure.

The Legend of the Blue Hole, Blautopf

This blue hole is the opening to a massive underground cave system that branches all the way under the Swabian Alb.

How Deep is the Blue Hole?

The cave system begins 21 meters (69 feet) deep but the actual depth of the hole is much deeper than that even.

Click here to watch this award-winning film about the famous Blautopfhöhle in southern Germany. The end of the cave systems have still not been discovered.

Location and other info for The Blue Hole, Blautopf

Parking: I parked in the old town and we just walked around. We literally stumbled upon this place as we were exploring. I don’t know if it was the time of the year or what but we only saw three other people walking around the blue hole and surrounding area.

And this video shows the Gorgeous Monastery that we had fun exploring just before we discovered the Blautopf right around the corner!

Recycling, in Germany, is a Nightmare

Road trip with infants and a toddler

8 thoughts on “This Ultra Blue Hole in Germany is Amazing”