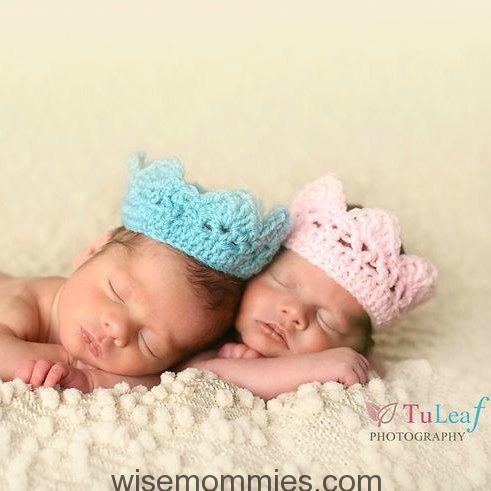 Imagine you give birth to boy/girl twins, and they are in line to the throne of a country. In your opinion, who should be the heir to the throne? Which one should rule the crown? The first born, or the boy no matter what?

When I was pregnant with twins, my head was spinning with what ifs and twins. And this very question asked is one of the what-if questions I had thought about. Not that I’m royal even if my toddler and husband sometimes refer to me as Queen of our home, but it’s just a question that I had wondered. Well, for the past several months, this question was the hottest of topics in and around Monaco. Monaco is bordered by France and is the second smallest country in the world.

In Monaco, Prince Albert II (son of the well-known Hollywood actress Grace Kelly) and Princess Charlene had boy/girl twins born this past December 2013. A boy, Jacques, and a girl, Gabriella.

In January, the proud new parents presented their newborn twins for just a few minutes on a palace balcony to the people of Monaco. Over 5000 were there to cheer and celebrate. Before the birth, talk was even made if doctors would be able to take or move the babies around so to make sure the boy was born first.
In the end, via cesarean, the twins were born and….

The heir to the throne….drum roll please…..will be Jacques even though Gabriella was born two minutes earlier. If the twins had been the same gender, the first child delivered would have been next-in-line. However, due to Monaco’s laws of succession favoring males; and being the twins are mixed gender; the boy is the heir.

Was that what you were expecting? Do you agree that Jacques should be next-in-line, or do you think the crown should go to Gabriella?

More information about this topic and a short video, click here.
Photo credit and cute newborn boy/girl crochet hats can be purchased via Etsy “Babyinthehat” here.

Every Tuesday we publish a post about Twins TwinZone Tuesdays. Are you a mom of multiples? Are you in the TwinZone? We would love to connect and hear from you! Twins typically come early, even Jacques Gabriella came prematurely for Princess Charlene, prepare ahead by reading some of our prematurity posts. And other posts of possible multiple interest: 23 Reasons Why Having Twins is Double the Greatness, How and Why to be Thankful for Laundry,Organizing for Twins, It Takes a Village, Helping to Tell Your Twins Apart and so much more.

THE SINGLED OUT SINGLETON