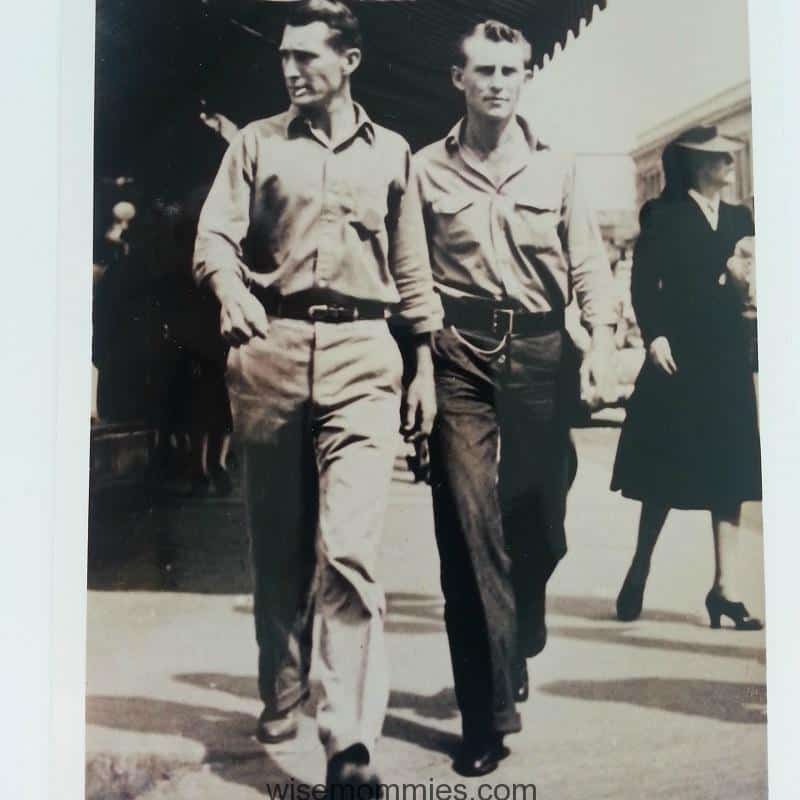 Good looking men in the featured picture, don’t you think? Brave, strong, confident, compassionate, kind, and good ole’boys? Well, yes to answer that question. The picture is of my grandfather and great-uncle. My grandfather is a medaled WWII Veteran, and he exemplified all the adjectives listed above and more.

Happy Veteran’s Day, November 11, 2015; I am reflecting about what this day means because:

1) Just remembering my grandfather who fought in a war that helped make this country what it is today.

2) I am a DAR, “Daughters of the American Revolution” which means I have an ancestor who helped contribute and fight for the independence of the United States of America.

3) I’m ususally thinking about some of the conversations I had had with my French girlfriend, from our time living in Ireland together: She told stories passed down from her grandmother of how in awe and thankful the French were when the American soldiers arrived in Normandy to help fight for another country’s freedom. Her grandmother and other women were kissing all the cheeks of the soldiers and crying with joy at the fulfilled hope.

4) My son’s school is celebrating and acknowledging all war heroes through a formal ceremony. First, an informal breakfast will be served to all families. Then everyone will go to the chapel where children will open the ceremony singing patriotic songs and saying the Pledge of Allegiance to the Flag of America. After that, men who have served a country (any country) will go forward for acknowledgement.

5) Seeing a man on the streets that my three boys and I passed, begging, and forgotten; served our country but remains unknown. I know he was a war veteran because we had a conversation in passing.

I’m not sure what motivated me to post about Veteran’s Day again this year, but it was heavy on my heart to just say: I pray and think about those who care for and serve their country. I also feel honored to be a descendant of people who were willing to potentially give themselves for the freedom of one’s country.

The Meaning of Memorial Day

Was I an Ugly American Abroad?

2 thoughts on “What does Veteran’s Day Mean to You?”