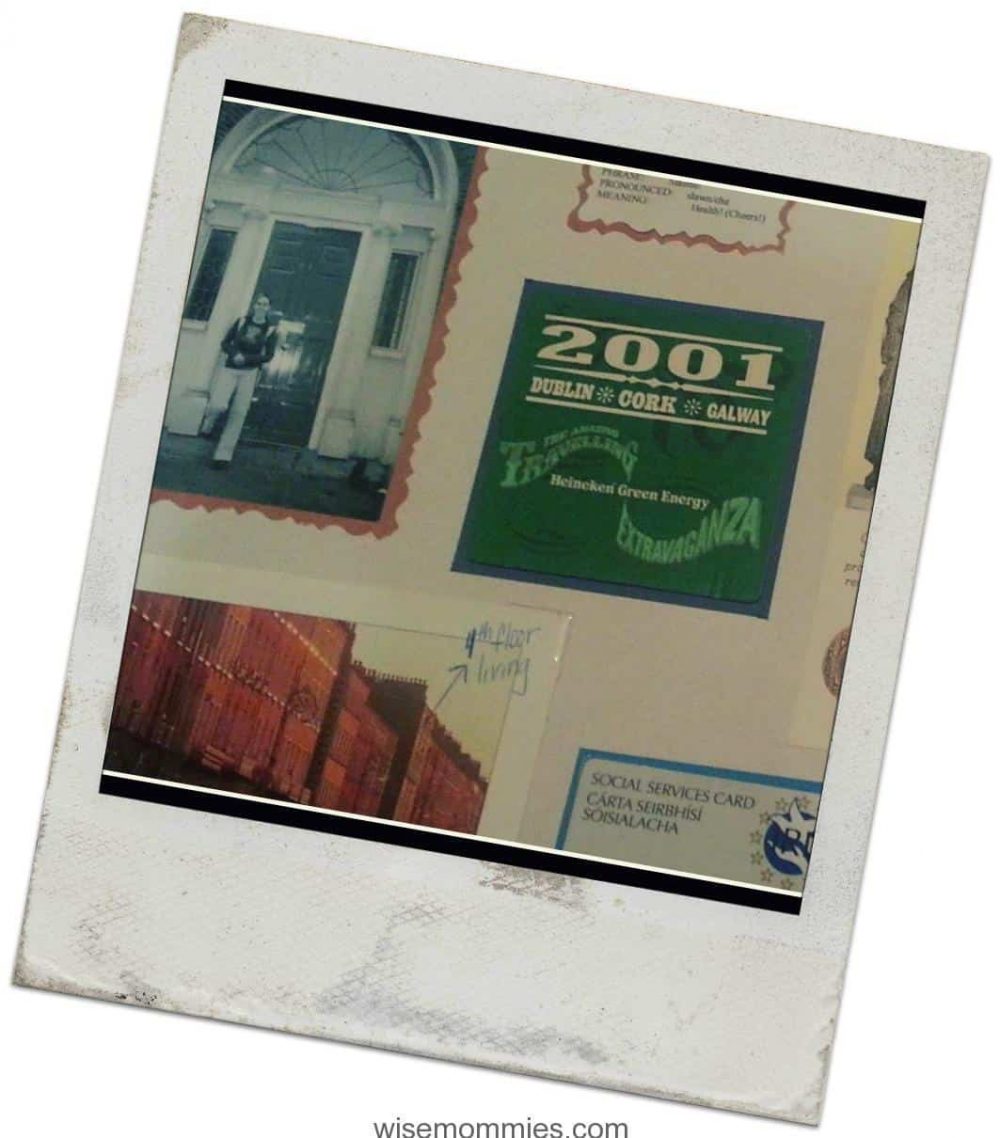 This is my favorite personal story. Shortly after graduating from University within three weeks I quit my job, ended the relationship with the man I believed at the time I was going to marry, obtained a work visa, found an apartment (flat) abroad online to share with local occupants, and bought a one-way ticket to Dublin, Ireland.  Some may say that having a child would be the biggest life-changing event but no, not for me. At that time moving abroad, on a whim, with no job, no savings, never having left the country, knowing nobody abroad, and making it on my own was my biggest life-changing event. What’s your biggest life changing event?

This change led to other changes, which also opened the door to me meeting my German husband which has led me to motherhood and beyond. Moving and living abroad changed the path of my life and the person I am today.

Not Dreamy or Quaint but More of a Nightmare

Many may think it dreamy or quaint to move to Ireland, but for me, it was not easy– more of a nightmare, at first, and one of the greatest challenges I have ever had to face. It took me weeks to find a job, which entailed 8+ hours a day hiking around Dublin, dropping off resumes, and begging for interviews.

My measly $350 savings evaporated quickly. My Speech Pathology and Audiology degree was not an advantage to getting a job but, rather, a disadvantage. Everyone wanted British speakers for my specific degree not American speakers and/or an actual degree made me too overqualified to be hired.

With $30 to my name, and facing possibly begging for food, I finally convinced a bar owner to hire me as a part-time barkeeper/bouncer. The bouncer part of checking ID’s was not too hard, and I was also a coaster girl.

I still can’t believe that I once had a job as a coaster girl. This meant going through the club and making sure everyone always had a coaster for their drink. Great job descriptions to add to a resume, right?

Barmaid at a Pub

The next barkeeper job that I found was at a pub. My title was barmaid. This job had me making drinks very special order for Irish. Not the same drinks I was used to making from my days of bartending through college for Americans. Understanding the drink orders with thick Irish accents and making the drinks was quite a challenge.

Even after working really hard at a shift, to not get tipped (aka paid) like you would get in America was a rude awakening. In addition to working the 1st-floor pub, I also worked the crazy Chinese Karaoke room upstairs and the sketchy Gothic room in the basement. After bartending until 4 am because drinking goes past the 2 am curfew which I was used to in America, I had to clean and walk home.

My Reality of Life in Ireland

Bartending until 4 or 5 am usually meant walking in the cold, rainy, and dark streets of Dublin. Always by myself, walking to my flat, “my home.” My flat was usually unoccupied because my Irish roommates were almost never home.

Often, I was verbally accosted by drunk Irish guys walking the streets and would pass drug users openly injecting themselves. Once, I even had a drug user walk with me while injecting himself and singing to me. 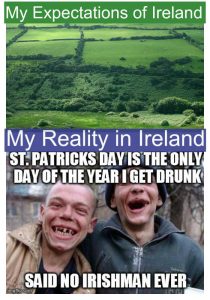 It didn’t help that my flat was in one of the worst neighborhoods of all of Dublin. Being a foreigner, how should I have known that beforehand? No proper Southern Irish usually ventured into this part of Dublin. Also, taxi drivers would not drop off or pickup in this area at certain times.

I lived near Summerhill, Sheriff Street, and Gardiner Ln. Streets, Dublin’s most dangerous streets. And I do have stories!! This was back before the DART system went into Dublin. I’m not sure if any of these areas have gotten worse or better?

Walking home was my only option no matter how cold, windy, rainy, time of the night (early morning) or sketchy.

After bartending 9pm-4am, I would sleep a couple of hours then get up to once again spend 5-8+ hours walking Dublin looking for a proper job.

I stayed tired, broke, felt alone, in a constant state of culture shock, and wanted to go home.

No matter what, though, I had refused to give up and go home. I knew I would find my way. I knew the experience and mattering of successfully making it on my own in another country would be a challenge, affecting me in ways incomparable to anything else. 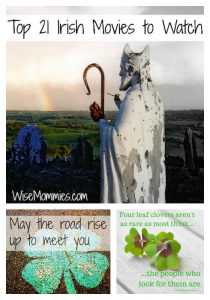 Within three weeks, I started getting some great job offers and accepted a job which to this day has been the greatest paying job I have ever had. It was just a great fun job! I ended up staying and living in Ireland and then Scotland and eventually Germany.

In Ireland, I found a French girl to room with, helping me to save more money for travel. And I ended up becoming best friends with her. Even after Ireland, we spent years traveling some parts of Europe together. One of my greatest birthday presents was a trip to Paris via her, and she was even a bridesmaid in my wedding to a German man in Germany.

Working and traveling Europe as a young woman, by myself, had me face challenges that strengthened me unspeakably. Overcoming the all-inclusive change of leaving home, moving abroad, never giving up, and rooting myself in another country, completely on my own, was the greatest change of my life!

How Ireland changed my Life!

What does St. Patrick’s Day Mean to You?

As We Role Past 500: Counting our Irish Blessings