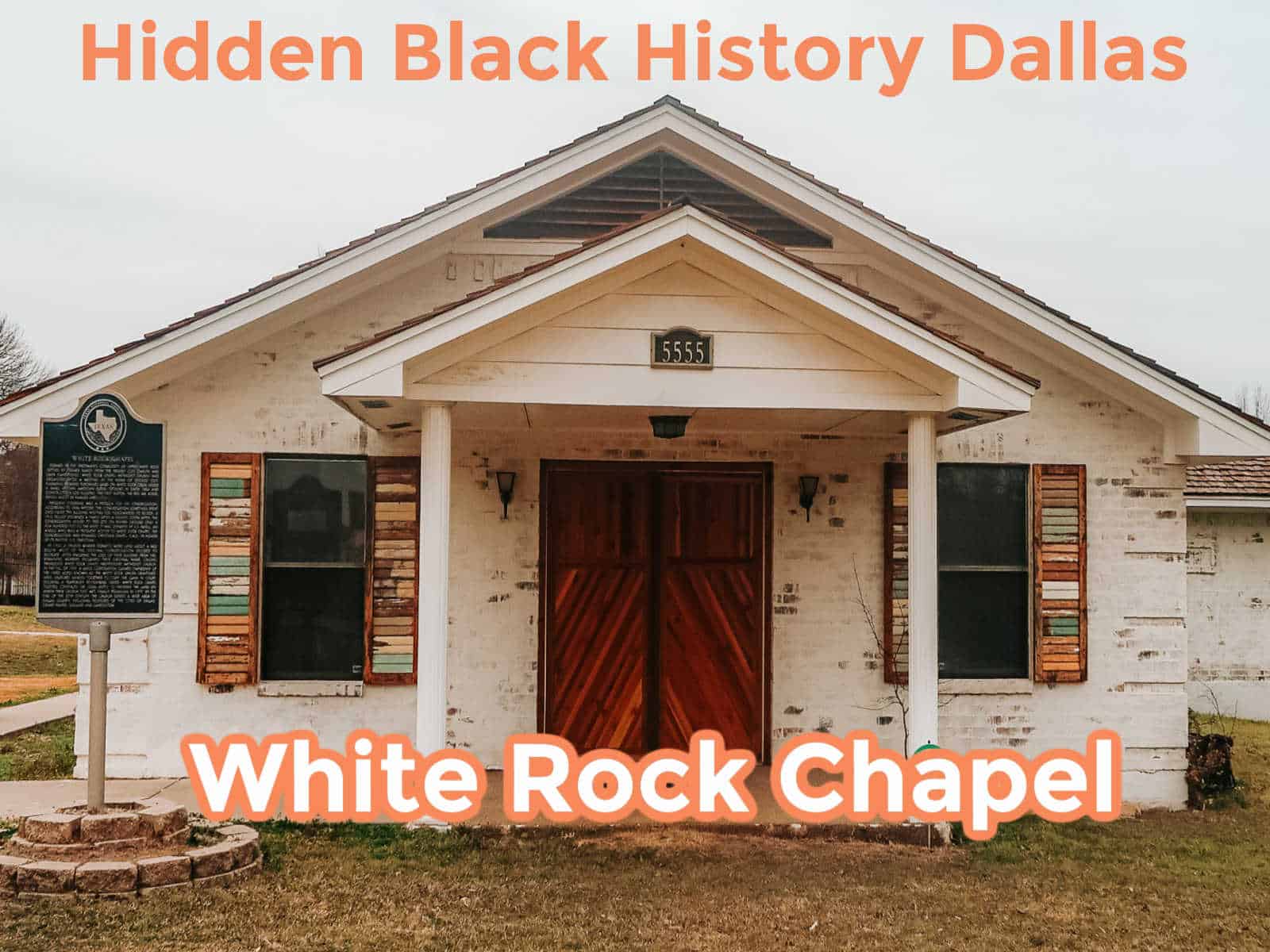 How I discovered White Rock Chapel – Hidden Black History Dallas. When looking for a place to park so that we could walk the nearby Winnwood and White Creek Park, I stumbled upon one of the Oldest Black Churches in North Texas.

Over 135 yrs ago, this chapel’s site was settled by former slaves. During the Civil War, enslaved men, women, and children from nearby plantations were organized together for worship.

Following the emancipation, some of those formerly enslaved bought land to build homes and founded White Rock Chapel.

Floods and Fires Destroy the Chapel

White Rock Chapel was later destroyed by a flood. After the flood which swept away a family with children and the church records, “The black community then built a church on higher ground in the surrounding land.”

That land was donated by a Plantation owner, S.S. Noell who had often worshipped at the church as well. The land was higher up and away from the creek.

Sadly, that church was destroyed by a fire which was thought to have been started by an arsonist. The church was once again rebuilt but on the same historical plot of land.

A Historic Site Worthy of a Texas State Historical Marker

Even though the current church isn’t as historic as the land, the site has been dedicated as a state historical spot. And it is indeed a beautiful little church! Located at 5555 Celestial Road in Addison, Texas

The original site for the White Rock Chapel is across the creek. All that remains there now is a historical cemetery. Originally a white cemetery, black families purchased the surrounding land, and now The majority of the cemetery has graves belonging to some of the first black families in Dallas.

In 1972 the cemetery changed its name from “The Colored Union Cemetery of White Rock” to  “White Rock Cemetery, Garden of Memories.” Address: 5700 Celestial Rd, Dallas, TX 75240

“Building on the admirable legacy of those early Texans, White Rock Chapel of Addison is dedicated to the continuation of their spirit and purpose of ongoing reconciliation, mutual understanding, and acceptance among all within the human family.”

“The White Rock Chapel of Addison celebrates the faith, hope and love that God has shown through those whom He has reconciled and is calling us today to renew with continuing reconciliation and unified purpose.”